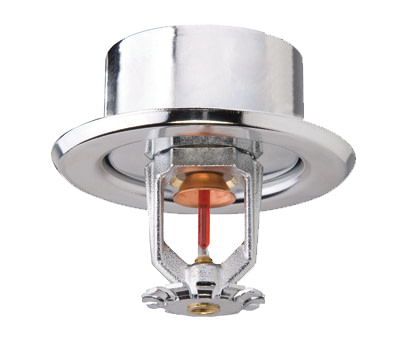 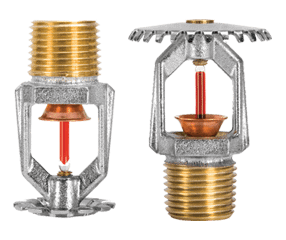 METRON Manual Fire Monitor are highly manoeuvrable and easy to operate while delivering much more water. forede Monitors are used across multiple industry sectors including Petrochemical Sites, Fuel Storage Facilities and Waste Recycling Sites. Monitors are compatible with Metron diverse range of master stream nozzles. with features to meet the changing demands of the fire service.

Metron’s Wide Range of Steel Fire Doors are design to withstand up to 3 Hour (As per Order) fire and designed to be installed in new and existing compartments areas to separate different zoning areas. Steel Fire Doors are usually used in shopping complexes, offices and factories and residential apartments. Our Fire rated steel door come in single leaf and double leaf according to size and type requirements.

Material : brass/bronze Flanged fire hyrant valves are suitable for both on-shore and off-shore fire protection application Maximum working pressure of 10bar/16barMale threaded valves are also available upon request Flange are available in DIN/JIS/ANSI Each of our products will be tested and inspected thoroughly before the delivery

The Alarm Check Valve are designed expressly for use in wet pipe systems. The valve will open and allow pressurization of the alarm chamber upon the operation of one or more automatic fire sprinklers.

Metron have complete range of fire Engines capacity starting from 25HP upto 250 HP? Engines come with ready to couple with the Pumps

METRON Hoses & Accessories are manufactured according to BS 6391 standards.

Different types of discharge hoses and couplings for various applications.

We have Wide range of Hydrants & Valves.

METRON has been awarded the responsib ility for the ELV (Extra Low Voltage) system design and implementation for challenging and prestigious projects across the Pakistan and the MENA region.

We offer our specialized services to the different sectors of the real estate markets to include: Airports, Hospitals, Malls, Education, Residential Communities, Convention halls. Multipurpose Complexes and much more.

A fire engine (also known in some places as a fire truck or fire lorry) is a road vehicle (usually a truck) that functions as a firefighting apparatus. …

They are normally fitted with sirens and emergency vehicle lighting, as well as communication equipment such as two-way radios and mobile computer technology.

These are some fire fighting works which Metron International provides:

Sprinkler Systems
A fire sprinkler system is an active fire protection method, consisting of a water supply system, providing adequate pressure and flowrate to a water distribution piping system, onto which fire sprinklers are connected.
The Upright, Pendent Sprinklers all produce a hemispherical water distribution pattern below the deflector Sprinkler operation.
During a fire conditions, the thermal-sensitive liquid in the glass bulb expands, causing the bulb to shatter, releasing the button and spring seal assembly.

Hose Reels Systems
A fire hose (or firehose) is a high-pressure hose that carries water or other fire retardant (such as foam) to a fire to extinguish it. Outdoors, it attaches either to a fire engine or a fire hydrant.

Indoors, it can permanently attach to a building’s standpipe or plumbing syste A Hose Reel is a cylindrical spindle made of either metal, fiberglass, or plastic and is used for storing a hose.
The most common styles of hose reels are spring driven (which is self-retracting), hand crank, or motor driven.

Deluge Systems
A deluge fire sprinkler system is similar to a pre-action system except the sprinkler heads are open and the pipe is not pressurized with air. …
Deluge systems are used in places that are considered high hazard areas such as power plants, aircraft hangars and chemical storage or processing facilities.

Foam Systems
A compressed air foam system (CAFS) is used in firefighting to deliver fire retardant foam for the purpose of extinguishing a fire or protecting unburned areas. The foam blankets the fuel, thereby reducing the fuel’s capacity to seek out a source of oxygen.

FM 200 Systems
FM200 is a synthetic/chemical fire suppression gas and extinguishes a fire by removing the free radicals or heat elements from the fire triangle. (Oxygen, Heat and Fuel). The typical concentration of an FM200 system is normally between 7.9% to 8.5%.
FM200 are Stored as a liquid in a pressurized cylinders, flow through a piping network to a discharge nozzle where it is deployed as a gas.
FM-200 fire extinguishing systems are designed to be discharged within 10 seconds into a room, area, or enclosure with the structural integrity to retain the agent.
The FM-200 uniformly mixes throughout the protected area achieving a minimum concentration level in accordance with NFPA 2001 and/or agency listings

Hydrant Systems
A fire hydrant is a visible fixture placed inside or outside a building, parking area, industrial area, mine, roadside, etc. that is connected to the municipal or a private water service network. Fire hydrants are designed to instantly provide from its nozzle the water required by fire fighters to extinguish a fire.
A fire hydrant, also called a fireplug.

Fire Pumps & Controls
A fire pump is a part of a fire sprinkler system’s water supply and powered by electric, diesel or steam. The pump intake is either connected to the public underground water supply piping, or a static water source (e.g., tank, reservoir). Fire pumps are usually housed in a pump room very close to the fire tanks. … The pumps are controlled by pressure sensors. When a fire fighter opens a hydrant, or when a sprinkler comes on, water gushes out of the system and the pressure drops. The pressure sensors will detect this drop and switch the fire pumps on.

Piping for Sprinklers systems:
Firefighting pipe is a type of normal carbon steel pipe used to convey fire suppression agent such as water or gas. Usually it is red in color. But light-wall pipes have a galvanized exterior of a silvery appearance. Installation of red steel pipe is limited to wet pipe sprinkler systems only.
The most commonly used steel pipe for sprinkler systems is black steel pipe. Copper tubing is another piping material listed for sprinklers in NFPA 13. Also, plastic pipe (namely, CPVC and PEX tubing) is permitted for certain types of sprinkler systems.